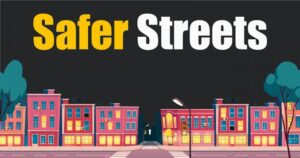 Following the tragic murder of Sarah Everard in March 2021. The Government published its new strategy Tackling Violence Against Women and Girls.

In July 2021, Swindon Community Partnership successfully secured Safer Street Funding, and carried out a survey directed at females. For further feedback, the Partnership decided to carry out further surveys, one directed at adults in general and another aimed at gathering the views of young people.

The surveys opened on 1st March 2022 and closed 25th April 2022. In total there was over 700 responses to the surveys, with the results published in 2 reports.

The two reports can be read at the following links: